Only for the real tec-wreck fanatics: Bikini Atoll. The sheer number, depth and size of the wrecks, combined with their remarkable history and the tropical location makes this bounty island with its blue lagoon the best tec-wreck diving location in the world by a long shot.

What happened exactly on this idyllic island? After WWII, the USA collected a ‘mock’ naval fleet for the purpose of testing the impact of different atomic bombs. These nuclear bomb tests were performed in several remote locations in the South Pacific Ocean, known as the Pacific Proving Grounds. Bikini Atoll was appointed one of the designated testing areas within the Marshall Islands, where a grand total of 67 nuclear bombs have been detonated within the framework of Operation Crossroads and several other Operations.

Between 1946 and 1958, no less than 23 atomic bombs were tested in Bikini Atoll, which resulted in this unique selection of shipwrecks consisting of war battleships, cruisers, and an aircraft carrier: the USS Saratoga. 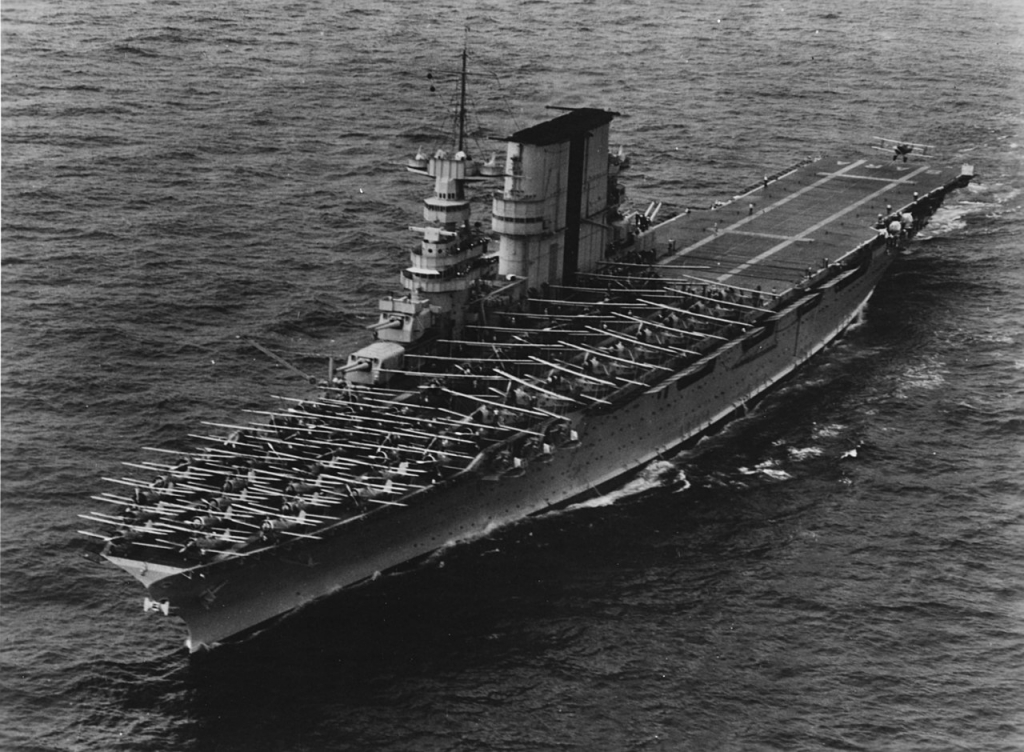 In the company of many a legendary ship, such as the Japanese Nagato and USS Arkansas, USS Saratoga is by far the largest and one of the most famous shipwrecks in Bikini Atoll with her 270 metre (888ft) flight deck. The second nuclear test of Operation Crossroads made her sink to a depth of 52 metres (170ft). Her bridge is easily accessible at 18 metres (59ft), her flight deck at 28 metres (92ft), and the hangar for the Helldivers planes at 32 metres (105ft). The Helldivers and bombs are still on display complete with all dials and controls.

A noteworthy detail about the Saratoga: the Japanese reported her sunk 7 times during WWII. The Saratoga did, however, suffer damage on multiple occasions during the war and was therefore chosen to be used as a testing target in Bikini. 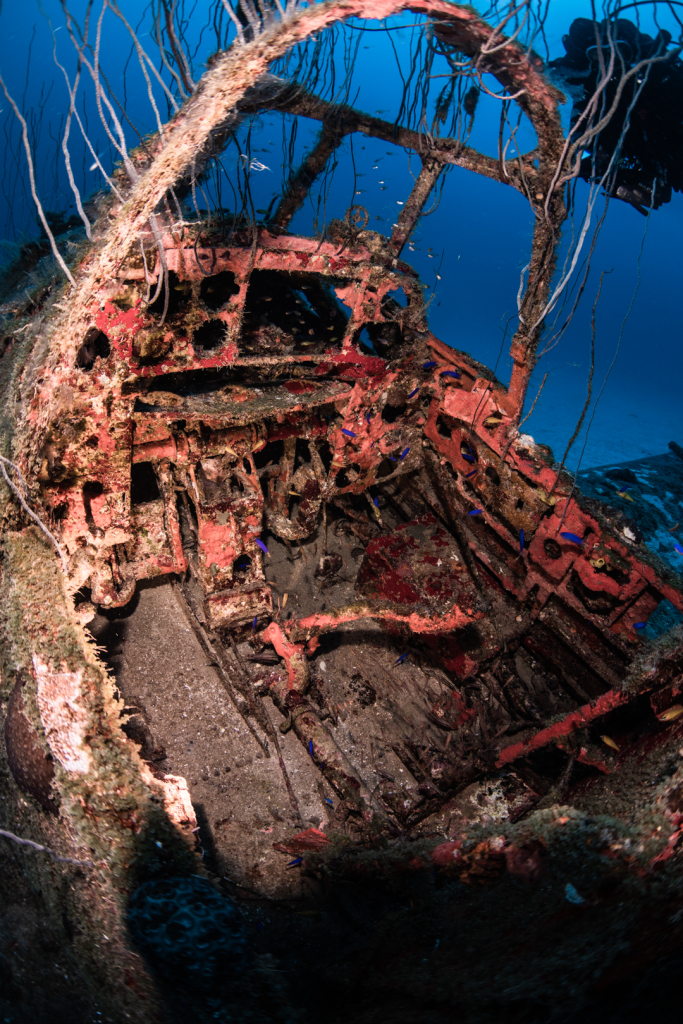 FIND OUT MORE ABOUT BIKINI WRECKS >>

For further information about diving in Bikini Atoll, please contact our travel team on 01752 480808, via email, or via LiveChat when available on our website.