Congratulations to the winner of our Bite Back campaign

Congratulations to the winner of our Bite Back campaign

Well done to Terry Cole from Northampton who has won a holiday for two to The Bahamas for just £10. Terry will be jetting off to The Bahamas for seven nights on board M/V Bahamas Master as part of our competition to support Bite-Back Shark & Marine Conservation.

There were 880 tickets sold in total, with hundreds of people hoping to secure the trip of a lifetime diving in The Bahamas. But in the end, there could only be one winner.

TV presenter and expedition leader, Monty Halls, revealed the winning ticket at DIVE 2019 at the NEC in Birmingham last Sunday. 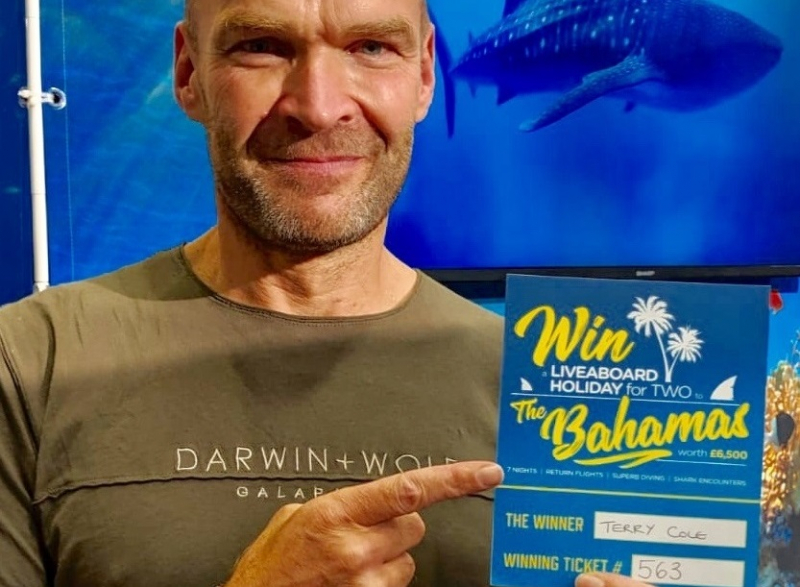 Terry is a long-time and beloved Blue O Two customer, having dived with us several times in the Red Sea.  Terry said, “When I found out that I’d won, I could barely believe it. It’s a dream come true. I’ve been diving for nearly 15 years but never in The Bahamas. I’m expecting some buddies to let me know they’re free to join me next August.”

But Terry was quick to say that they’d be out of luck. Instead he’s decided to take his wife, Sue, on the trip. Although she isn’t a diver, Sue is looking forward to snorkelling on the reefs and relaxing in the luxurious surroundings of The Bahamas. 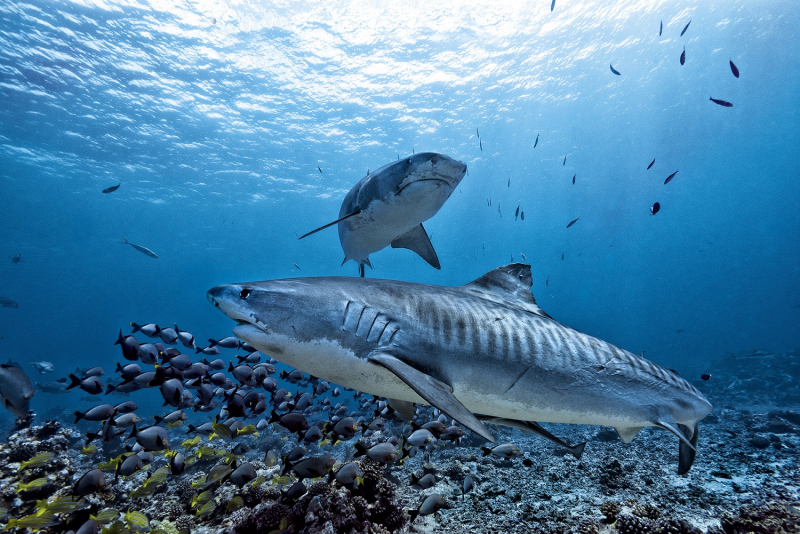 Campaign Director for Bite-Back, Graham Buckingham, said, “We’re truly grateful to everyone who took part in the competition. Each ticket sold has helped to move our campaign plans for 2020 forward and fuel our commitment to making Britain the first country in the Western world to ban shark products.”

For us at Blue O Two, this competition has been so much fun, and it has demonstrated that our passion for supporting sharks and marine conservation is matched by our customers.

We wish Terry and Sue have a great time diving in The Bahamas.