Diving in the Coral Triangle

What is the Coral Triangle?

Diving in the Coral Triangle in the tropical waters around Indonesia, Malaysia, Papua New Guinea, the Philippines is a must. It’s known as the forests of the sea and will amaze even the most seasoned of divers. With an area of 6 million km2, it gathers more marine species than anywhere else on earth. It’s also classed as the epicenter of big currents, supplying the coral reefs and inhabitants with nutrients.

• 76% of all known coral species are located in this region which is the highest coral diversity in the world.
• 15 endemic coral species

• More than 3000 species of fish
• 37% of the coral reef fish in the world and 56% in the Indo Pacific Region
• 8% (235 species) of the coral reef fishes are endemic
• 6 out of 7 of the world’s turtle species
• Due to the amount of plankton brought by the currents, these waters are frequented by species that normally are not around coral reefs such as blue whales, sperm whales, dolphins, dugongs.

The Triangle receives two nutrient-laden currents (the North Equatorial Current and the South Equatorial Current) that feed the coral reefs and the thousands of species of animals that live there, from the smallest imaginable to the largest predators.

It is through the Triangle that nutrients are sent to the Pacific Ocean, feeding all kinds of fish and large mammals traveling on its way to cold northern waters. 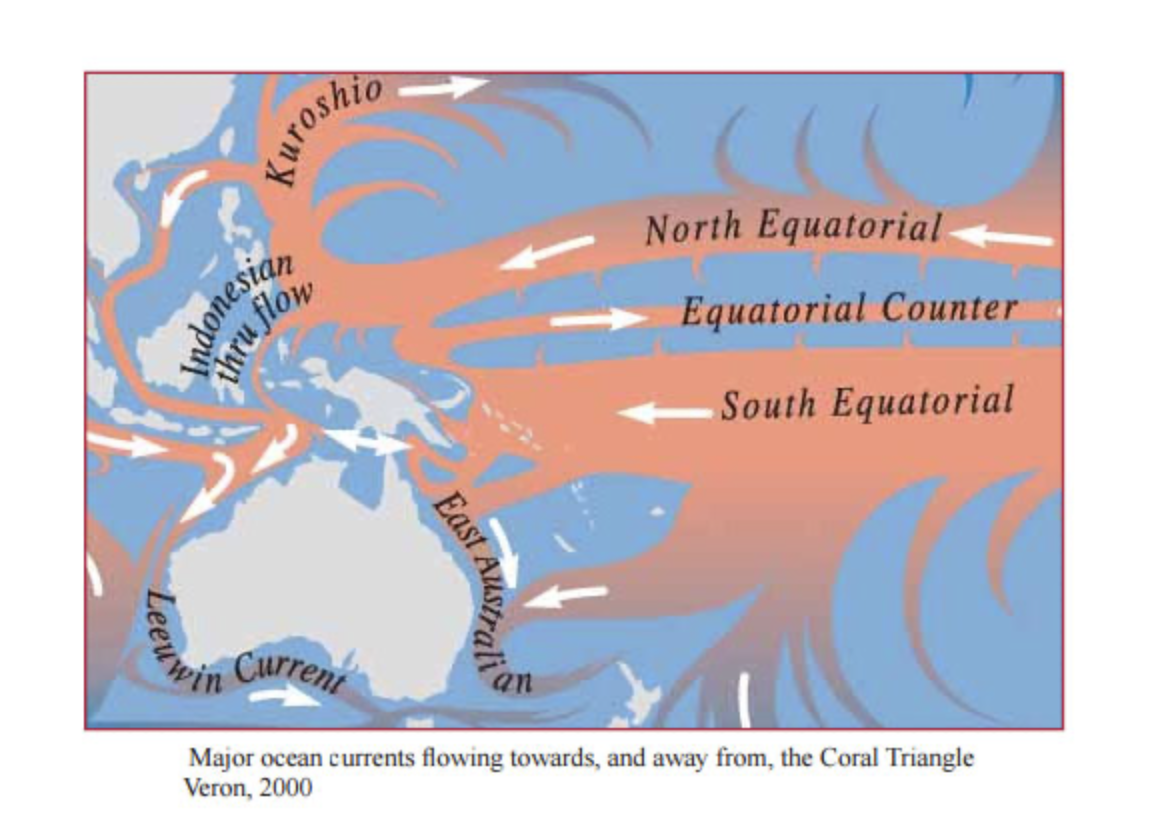 You’ll find it between 2 oceans (the Pacific and the Indian) and 2 continents (Asia and Australia). Its unique position means that the region is influenced by major currents that flow from the Pacific to the Indian Ocean (part of the “Indonesian Flow-through”). These currents have a great influence on the distribution of marine fauna, across the Coral Triangle.

Diving in the Coral Triangle

Komodo is best known for mantas and world-famous muck diving. You can watch the mantas feed on plankton in the fast-paced currents. Lots of soft and hard corals, gorgonians, blacktip and wobbegong sharks, and dense schools of colourful fish are Raja Ampat’s unique selling points.

Komodo National Park can be divided into 3 areas:

Here you will find clear and warm waters, challenging currents, vivid reefs of hard corals, and fish life such as huge schools of giant trevallies, snapper, surgeonfish, bannerfish, or dogtooth tuna, as well as, sharks and barracudas.

Here there are cold and rich waters, with less visibility, providing the perfect conditions for a variety of hard and soft corals as well as unusual macro life.

And finally, in the South-West, you will find cold currents that are full of plankton attract big pelagics such as manta rays.

You too can experience scuba diving in the Coral Triangle. This itinerary takes you on an exploration to the remote Eastern Forgotten Islands around Saumlaki, then you will journey towards Kaimana in Triton Bay following the Banda Arc.

On this trip, you will be living on board the 40m S/Y Indo Siren. Built on the Indonesian island of Sulawesi and handcrafted from ironwood and teak (traditional to the area). You will find no other diving liveaboard as beautiful in Indonesian waters, and being built by divers for divers you can rest assured that every need has been thought of and addressed.

To join Blue O Two on the Eastern Banda Sea itinerary please email divingholidays@blueotwo.com or call a member of our team on 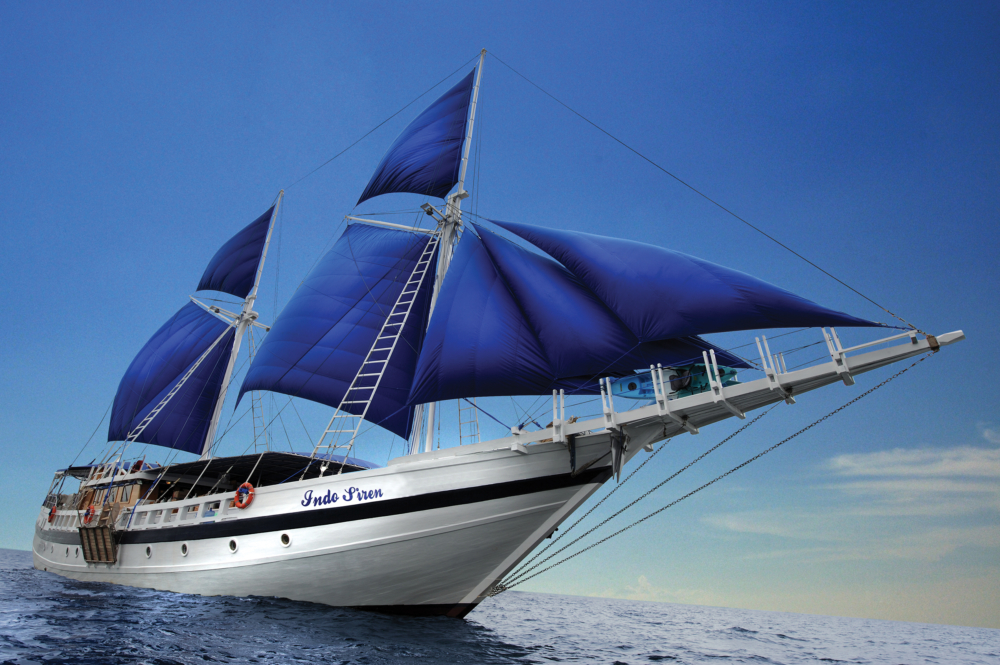 If you would like to start planning your next diving experience, why not check out our website?  You’ll also find lots of inspiration from our 21 Itineraries for 2021. Packed full of itineraries recommended by our staff.