Built and launched in 1938, the Kensho Maru was a passenger cargo ship in Japan until the beginning of WWII. During the war, her first role was to transport military personnel and supplies from Japan to the Marshall Islands. After the Battle of Midway, she needed some modifications. There was a bow gun installed as well as the incorporation of a small hospital in hold 3. Over the following years, she was still providing supplies to different islands but she was bringing back to Japan wounded militaries.
After being attacked and damaged several times in the Marshall Islands, Kensho Maru finally sunk in Truk Lagoon during Operation Hailstone on March 6th 1944 after getting hit by a torpedo. 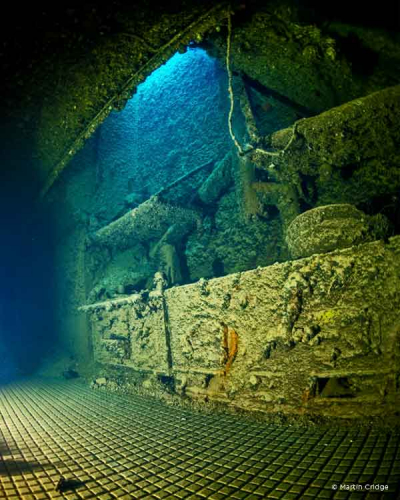 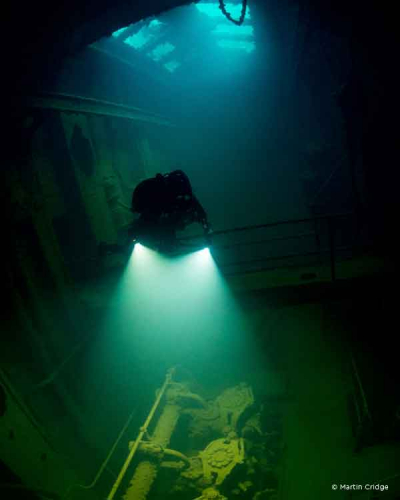 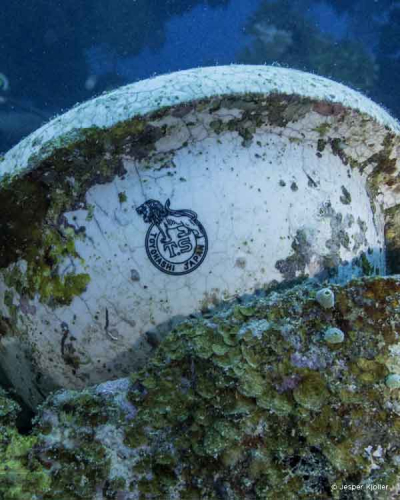 Kensho Maru was discovered in 1980 by Klaus Lindermann (Author of “Hailstorm Over Truk Lagoon”). However, some records argue that the Cousteau expedition was the first in locating the wreckage.

This 116m long (384.4 feet) 16 meters (52.5 feet) wide 4,862 ton passenger-cargo ship wreck is at 36 meters below the water and rests upright. Her pilothouse, galley and cabins are well-preserved, while her engine room is easily accessible. 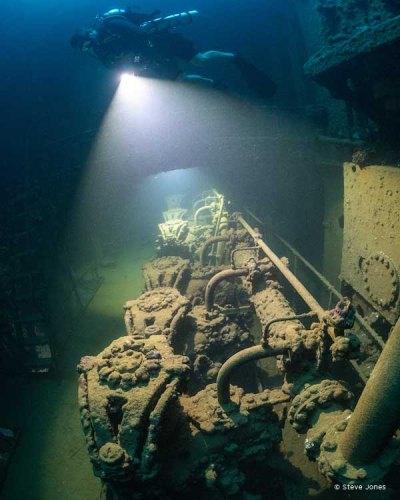 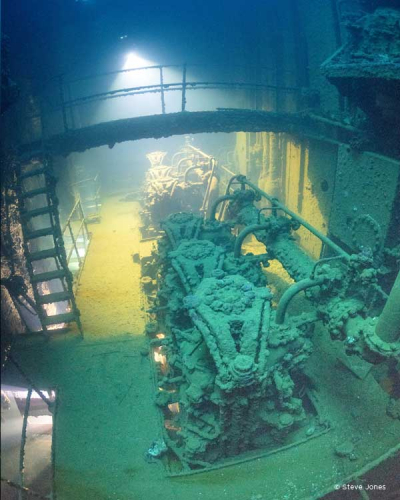 The engine room is at approximately 27 meters depth and is considered as one of the best to explore and photograph of all the shipwrecks in the whole lagoon. The height, width and the skylight makes it a very photogenic place. All the engines and boilers are still in pretty good condition. Another highlight of the Kensho Maru is its fully tiled galley with all the ceramics, pots and pans still there. Near the wreck, you will find a telegraph, compasses, binoculars, a sextant and bottles.

Thanks to its relatively shallow depth and its great exterior and interior exploration, the Kensho Maru is perfect for recreational and technical divers alike.

For further information about diving in Truk Lagoon, please contact our travel team on 01752 480808, via email, or via LiveChat when available on our website.