Pink Beach, or Pantai Merah as it is traditionally known, is one of the amazing features of Komodo Island. Nestled in the south of Indonesia, this striking beach is an official UNESCO World Heritage Site. As it is just one of seven pink sand beaches in the world, this stunning Indonesian beach is truly a natural wonder of nature.

So, how does this beach get its striking colour? It is all thanks to coral and tiny critters. The area is rampant with microscopic animals called Foraminifera which produce red pigments for the coral reefs. When fragments of these red corals break off, they mix in with the white sands of the beach which then produces a soft pink tone that can be seen from the shoreline. 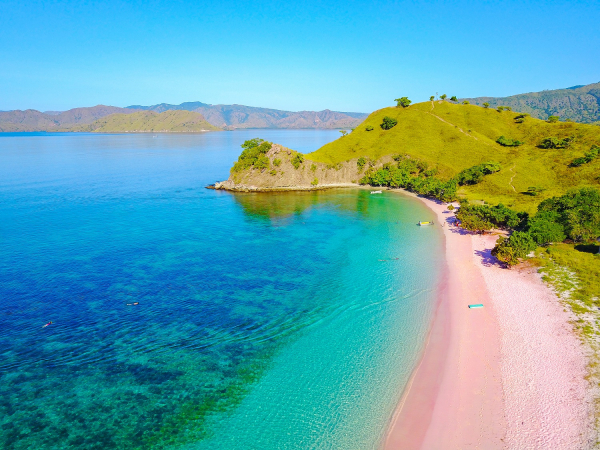 The wonder of Pink Beach does not end at the surface, as under the water is just as spectacular. The reef is filled with thriving colourful corals that creature exceptional underwater gardens that are teaming with marine life.

Out of the thousands of marine species that live in these waters, highlights include dolphins, a variety of turtles, frogfish, napoleon wrasse, eagle rays, dugongs and a mix of different types of sharks.

The best time to visit this magical beach is from April to June when the long monsoon season is over or during the months of September to November, as this is a known whale and manta season.

We have several itineraries that sail around the best dive sites of Komodo. Explore the most diverse marine ecosystem in the world on board our S/Y Indo Siren.

EXPLORE THE UNDERWATER WORLD OF INDONESIA >>>