Explore the historic wreck of the USS Anderson – Bikini Atoll

The wreck of the USS Anderson – Bikini Atoll

Located in a remote corner of the Marshall Islands, halfway between Australia and Hawaii, the UNESCO World Heritage site of Bikini Atoll is one of the top destinations in the world for wreck diving.

It is home to several legendary WWII ships, which ended up at the bottom of the sea after US atomic bomb testing in the 40s and 50s. One of the most impressive is the USS Anderson, a Sims-class destroyer that was built for the United States Navy in 1939. 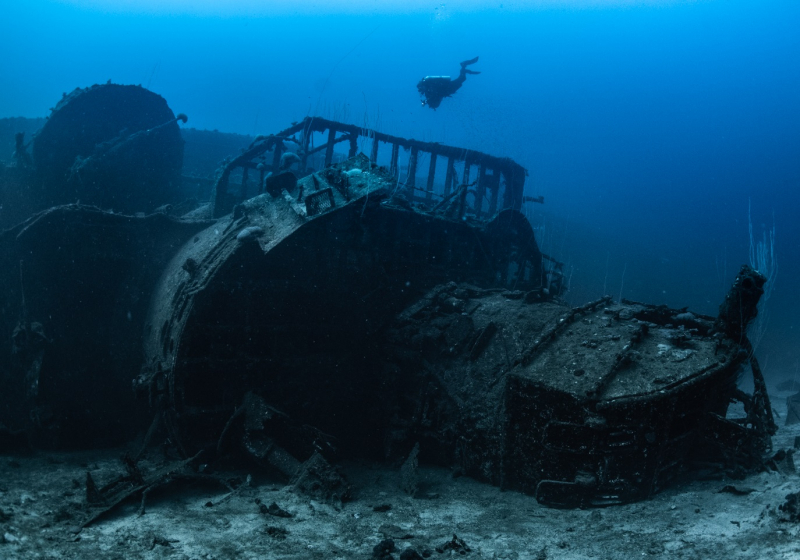 The USS Anderson played a prominent part in WWII and was awarded ten battle stars for her service. At the start of 1942 she was sent to the Pacific, where she fought at the front line of battle in the Solomons, Tarawa, Midway, Guadalcanal, and the Coral Sea. However, the 1944 Battle of Leyte Gulf was her last fight, as she was hit by a Kamikaze and had to return to the USA for repairs.

In early 1946, she voyaged on to the Marshall Islands to be used as a target ship in the “Operation Crossroads” nuclear weapons tests. Anderson sank on 1 July 1946 in the “Able” atomic bomb explosion at Bikini Atoll, landing on her side at a depth of 52 metres (170ft).

The wreck is largely intact, complete with live 21-inch torpedoes, fully loaded depth-charge racks, 50-inch calibre anti-aircraft guns and four 5-inch main guns. The propellers at the stern are encrusted with colourful soft corals and sponges, with schools of snappers and tunas roaming. 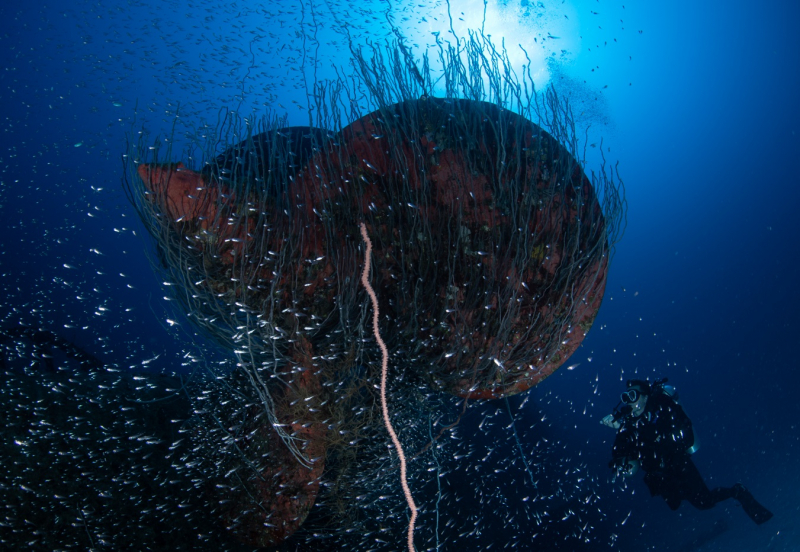 Bikini Atoll is a tech-only destination, which allows divers to delver deeper and take a closer look at the spectacular wrecks on offer. The minimum requirement to tag along is that you must be a CCR Normoxic Trimix diver.

Fancy exploring this wreck yourself? We are currently offering 20% off selected sailings on board M/V Truk Master in 2020.