The wreck of the HIJMS Nagato – Bikini Atoll

Many a legendary ship from WWII ended up underwater in Bikini Atoll as a result of the USA’s atomic bomb testing. One of the most impressive ships with a remarkable history is ‘HIJMS Nagato’. This battleship was built for the Imperial Japanese Navy as the first super-dreadnought to mount 16-inch (406 mm) guns. Together with a cruising speed of 26.5 knots, this made her the Imperial Japanese Navy’s flagship as well as one of the most powerful and versatile warships in the world at that time. She measures 221 metres (725ft) in length and 29 metres (95ft) wide and her crew used to comprise of 1734. 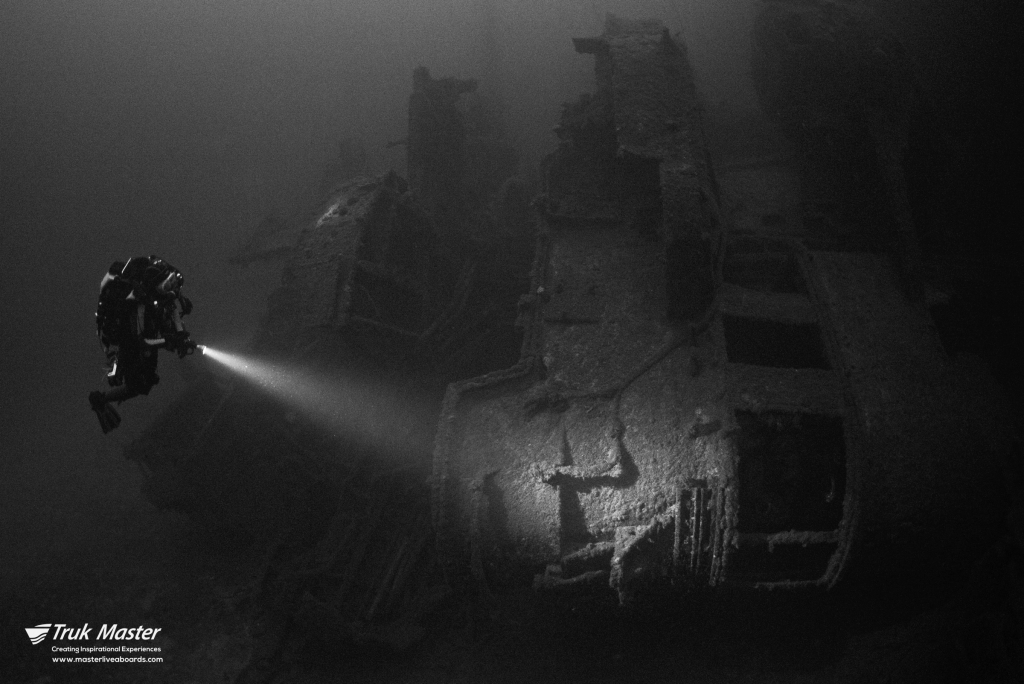 Nagato was also the flagship of Admiral Isoroku Yamamoto from where he gave the final order to start the attack on Pearl Harbour on 7 December 1941 that set off the Pacific War. The code phrase he used was: “Niitaka yama nobore” (Climb Mount Niitaka). Her role in Pearl Harbour made Nagato into a target for the Americans, who tried extra hard to destroy her multiple times; notably in the Battle of Guadalcanal in 1942-1943. The Japanese successfully camouflaged Nagato during this conflict, which resulted in only relatively small damage to the battleship.

After the Japanese surrendered in 1945, Nagato was seized, used for atomic testing and sank during Operation Crossroads in July of 1946. She survived the first blast of ‘Test Able’ but landed upside down after the second explosion, called ‘Test Baker’. Her most prominent features are the four gigantic propellers sticking up at a depth of 33.5 metres (110ft). The two fierce looking 16-inch guns are still visible, nowadays the view is softened as they are covered in lavender coloured corals. 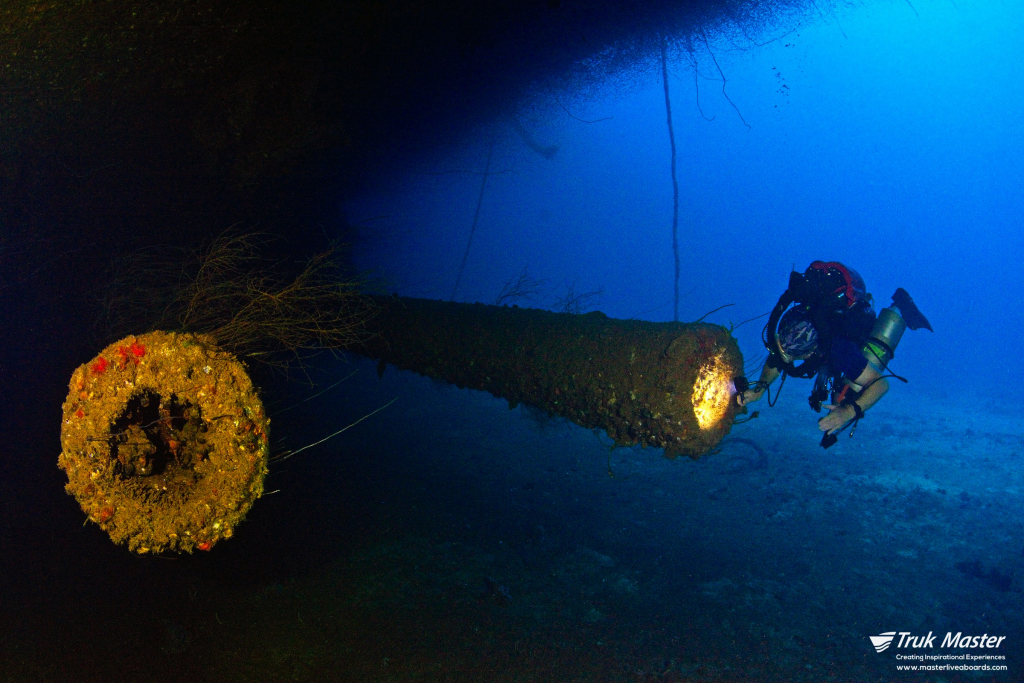 find out more about our bikini atoll itinerary >>>