Palau is renowned for offering some of the world’s best shark and manta diving in the world, but it is not known to many that Palau also has outstanding wreck diving. In 1944, during WWII, the Americans launched “Operation Desecrate One” to attack the Japanese fleet in Palau. This turned out to be a very effective operation, resulting in more than 60 Japanese ships being sunk around Palau as a well as a good number of plane wrecks that crashed at sea during aerial combat.

Fortunately, many of Palau’s WW2 wrecks are suitable for all levels of divers. There are also deeper, more challenging wrecks that are better suited for the more experienced/technical divers. Join us aboard S/Y Palau Siren and visit some of Palau’s best wrecks. 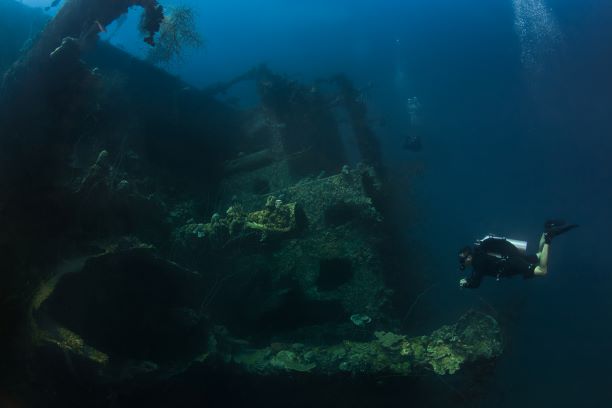 On her way to seek refuge from the American attacks, the army cargo ship Tehsio Maru was bombed and strafed by a passing US fighter north of the Malakal harbor, amidst “Operation Desecrate One” on March 30th, 1944. She now rests in 24m (80ft) of water on her starboard side. She measures 100m (330ft) in length and is one of the best dive wrecks in Palau. 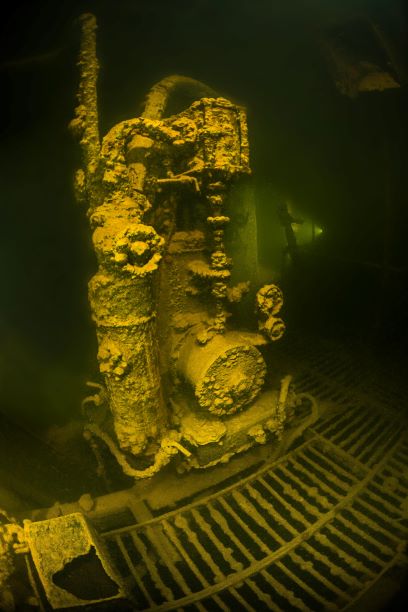 This Japanese oil supply ship measuring 143 metres (469ft) also sank during the American raid and ended up fully upright in 20m (75ft) of clear blue water. Iro took a fatal hit from an American 1000 lb bomb, finding its way through a crew compartment into the engine room and with its delayed fuse causing a big explosion, setting a big part of the ship on fire. Descend to the bow and admire the 5 ½ inch gun mount, which is covered in black coral trees. Take your time to explore this coral encrusted wreck; the aft gun is also still in place. Schools of batfish and large groupers hover above the wreck. 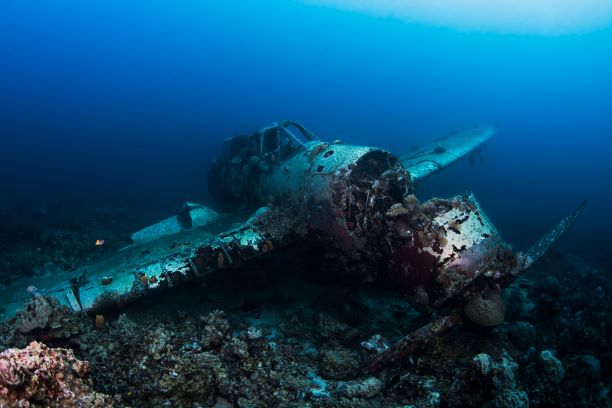 Jake was a Japanese slow-flying reconnaissance float plane that is believed to have crashed during take-off or landing. The plane is still in one piece and fully overgrown with coral, which makes for amazing photographs. There is little current and visibility is usually very good. Numerous mollusks have made their home here and we frequently see octopus, cuttlefish and nudibranchs, whilst the surrounding patch reef provides shelter for many juvenile reef fish.

Find out more about our Palau Wreck Itinerary >>>

For further information about diving in Palau, please contact our travel team on 01752 480808, via email, or via LiveChat when available on our website.