The signature sharks of Raja Ampat

Our next destination for Shark Week neatly ties in with our August Destination of the Month: Indonesia. In this case: Raja Ampat. Since 2013, Raja Ampat has been a shark conservation area which covers around 46,000 square kilometres. Shark fishing is prohibited and the rules are strictly implemented. However, special education programs for the local fishermen made them realise that sharks are worth more alive than dead.

Lots of blacktip, whitetip and grey reef sharks now thrive in the rich waters of Raja Ampat. The signature sharks of the area are: the epaulette shark and the wobbegong shark. The epaulette shark is unique for its ability to ‘walk’ on the ocean floor and even outside of the water. It doesn’t walk per se, but it wriggles its body to move forward, resembling walking. The shark’s ability to live without oxygen for quite some time is remarkable. Epaulette sharks tend to be most active around sunset and sunrise; the best chance to see them hunting the coral reefs. 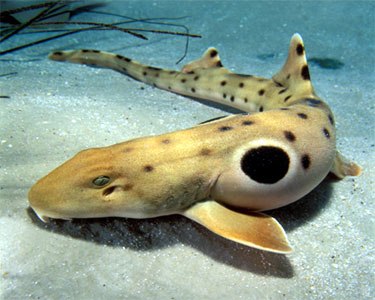 Wobbegong is Aborigine for ‘shaggy beard’ and properly fits this peculiar carpet shark. They have whisker-like features, called barbels, around their nose. Also, they have flaps of skin which look like tiny fins around their mouth and eyes and on the sides of their head. Wobbegongs are lazy hunters. They prefer to lie motionless on the bottom and use these features to lure prey towards them, then move in surprisingly quickly to snatch the prey.

Both the wobbegong and epaulette sharks are found in shallow, temperate and tropical waters of the western Pacific Ocean and eastern Indian Ocean, mainly around Australia and Indonesia. However, one of the epaulette species was discovered near Halmahera Island in Raja Ampat in 2013 and was named ‘Hemiscyllium Halmahera’, making it very special to this area. 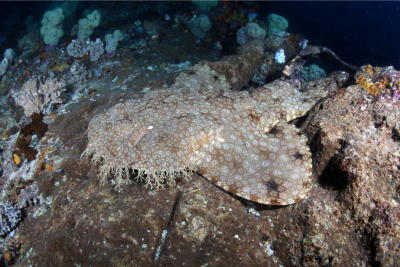 Keep an eye out for our new itinerary that visits this exciting area, launching soon.

Find out all about our Indonesian itineraries